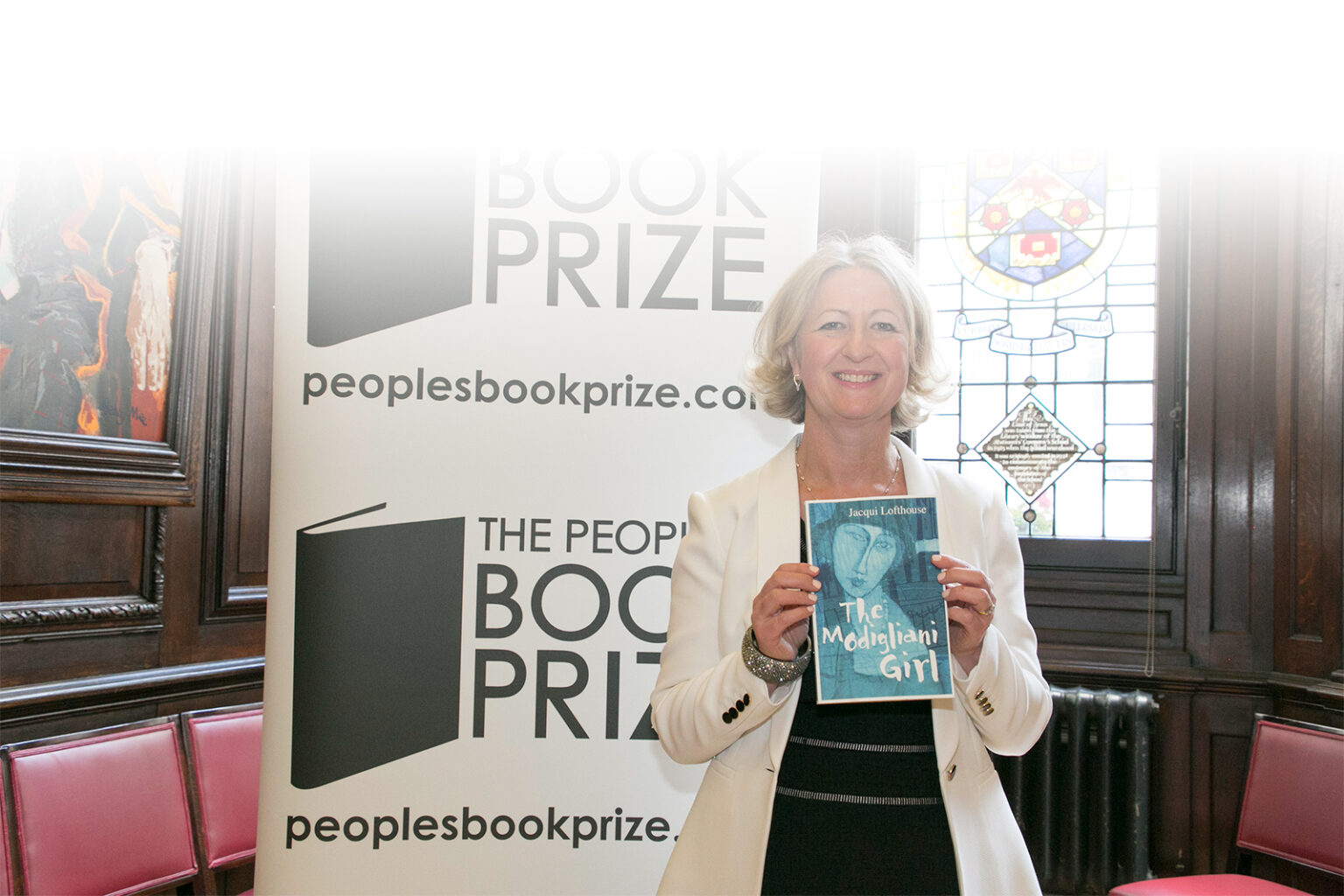 Hello! I’m Jacqui – a novelist and founder of The Writing Coach

My work spans many genres from historical fiction to literary thriller – but most of all, I love to enthral readers with intelligent page-turners. Whether I’m writing about an eighteenth- century sex therapist, the artist Modigliani, a troubled poet or a ninety-eight-year-old man with a secret – there are a few themes that often recur.

I’m interested in nostalgia, how people rewrite their own histories to make sense of them; in the unwritten female experience; in the male gaze and in rebellious women who break society’s unspoken rules. I like to examine the myth of the tortured artist. Most of all, I love to entertain and delight, whilst also provoking your thoughts.

It’s my pleasure to connect with readers and I would love to hear your responses to my books. In the early days, I was published by Penguin and Bloomsbury – and more recently with the wonderful small press Blackbird Books.

You can invite me to your book group via my Speaker page and I would love to meet you there.

Bluethroat Morning can be read as an accomplished and gripping gothic mystery, as the story of Harry Bliss’s journey out of the halfway house of his grief and incomprehension, and also as an exploration of one woman’s relationship to beauty, fame, love and death…Lofthouse creates a convincing and poignant picture of what it means to write: the deep-seated need to create.

Anna Bright never wanted to write a novel. At least, that’s what she tells herself. But a chance encounter with a famous novelist and a surprise gift of an art book cut a chink in Anna’s resolve. The short, tragic life of Modigliani’s mistress, Jeanne Hébuterne, becomes an obsession and before she knows it, she has enrolled on a creative writing course, is writing about a fictional Jeanne and mixing with the literati.

Alison Bliss, world-famous model and author of critically acclaimed Sweet Susan, walks into the sea on a ‘bluethroat morning’. In death she becomes a greater icon than in life, and the Norfolk village of Glaven, where she spent her final days, is soon a place of pilgrimage. Six years later her husband Harry, a schoolteacher, is still haunted by her suicide and faithful to her memory. Then he meets nineteen-year-old Helen, and they begin an intense affair. But their liaison is darkened by the past. Harry is attracted by Helen’s uncanny resemblance to Arabella – his ancestor’s second wife – whose story inspired Alison’s final work. Not much was known about Arabella, except that she had drowned herself in the sea at Glaven, her hometown. Fascinated by her photograph, Alison had travelled to the Norfolk village only mysteriously to follow in Arabella’s tragic footsteps.

Best of the Summer Holiday bonkbusters

The Sun | The Temple of Hymen

The Temple of Hymen

In London’s Adelphi, during the reign of King George III, Dr James Graham – quack physician and electricity enthusiast – opens his Temple to Health and Fertility.

His Goddess of Youth and Health is Emilia Beaumont. She believes herself to be a Devil Child, the cause of her mother’s death and catalyst of her father’s, and enters the Temple to purify herself. Enthralled by the perfections of the Peacock Lady, repulsed by the foppish Lord Smellie and attracted to rake Lord Vermilion, the Temple becomes Emilia’s sanctuary – and also proves her undoing.

Boundaries Road explores the art of living and loving, motherhood, secrets and betrayal. As a teenager, Kate wanted to be an artist, living gloriously and with passion like her school friends Carrie and Seth. Now she is married to a nice, ordinary man and the mother of a demanding little boy. When by chance, on a tube platform, she sees her old friend Carrie – now a missing person – her life is thrown into turmoil. She gets in touch with Carrie’s eccentric parents and her old lover, Seth, a down-and-out cellist. As she unravels the mystery of Carrie’s disappearance, her feelings for Seth are reawakened. But will she leave her husband and child for an uncertain life with her teenage sweetheart?

Jacqui Lofthouse’s Bluethroat Morning became a bestseller. This novel is certain to repeat that success. An extremely good read. A well-structured story with two suspenseful story lines that intertwine in an excellent strong plot.

Read Chapter One of ‘The Modigliani Girl’

A deceptively light satire on the modern writing and publishing world.